We had what was likely the last good snowstorm of the winter on February 25th (a Sunday of course...heaven forbid we get a day off during the week). We went out and made Barb's (and Roscoe's) first snowman. Enjoy. 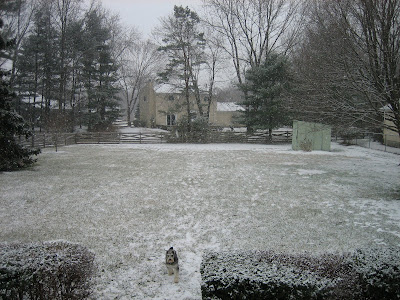 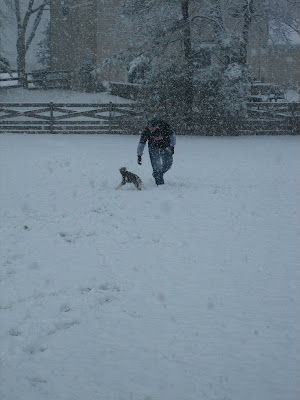 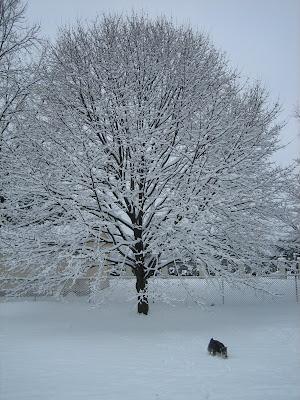 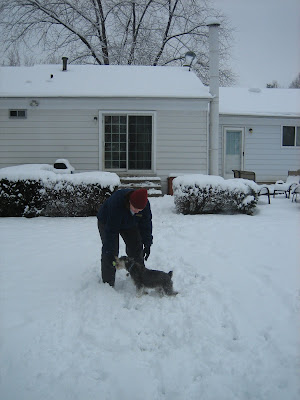 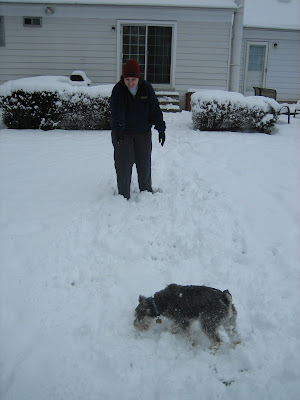 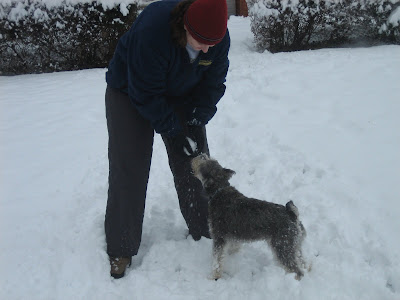 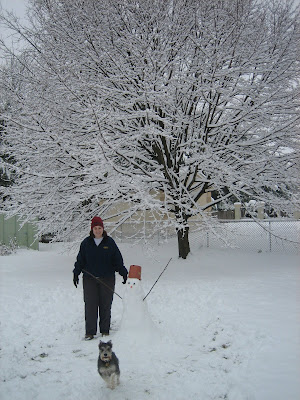 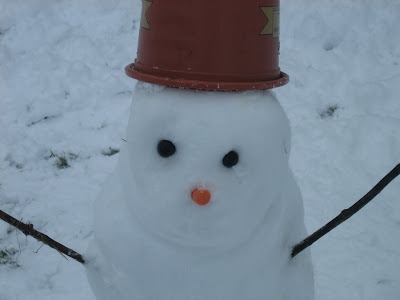 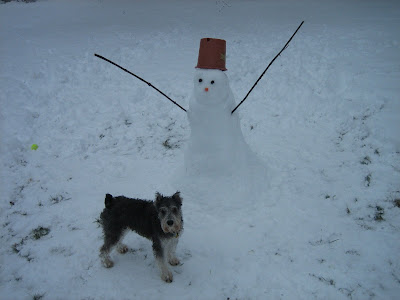 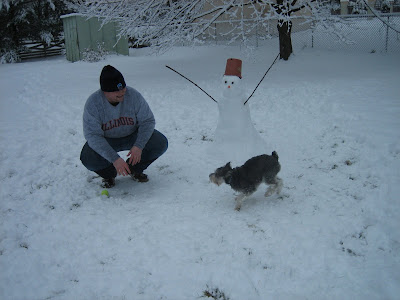 Posted by Stewart Bushman at 10:23 AM No comments:

Okay, I'll keep the spoilers to a minimum here, but I've got to celebrate the end of one of the best TV shows of the season. The 13-episode Day Break was a great dramatic, noir twist on Groundhog Day. Unfortunately only six episodes actually aired, so the rest had to be watched via ABC.com.

To sum up: Brett Hopper (Taye Diggs) is framed of murder, and he keeps reliving the day until he exposes the conspiracy behind the frame-up. Predictably, the conspiracy is wide-ranging, but it's actually fairly believable, as it's been well-developed by good writing and acting.

And the architect of the whole mystical scheme to exonerate Hopper was...

Yep, the dude who got the guy/girl Terry in Just One of the Guys. Apparently he did it. So he's God, or something fairly close to it, 'cause he's the one (cleaned up from his scruffy Jared character) at the end of the finale looking on as things return to normalcy for Brett et al. Makes me wonder if he appears in episodes where Jared doesn't in other disguises.

So it's over. Most of the baddies get their comeuppance; Mitch Pileggi turns out to be good; and Adam Baldwin turns out to be bad, and yet he escapes to somewhere (back to Firefly, perhaps?). Nice switcheroo there, since they're setup for the reverse.

Great show. Great finale. ABC should've aired it instead of reruns of According to Jim and The George Lopez Show. If it's ever released on DVD, it better have a lot of extras, 'cause I don't know how re-watchable this series is. But, then again, since no one watched it in the first place, it may do quite well.

Yet another example of Hollywood's inability to differentiate the good from the bad.

One question, though. What happened to Margo?
Posted by Stewart Bushman at 9:12 AM 1 comment:

Here's a snazzy little photo of Io taken by New Horizons. The visible plume (at roughly 11 o'clock) is effluent from the active volcano Tvashtar. Earlier photos required the plume and the surface to be taken with different exposure times to ascertain the features of both, but this is one single, 75 ms exposure. 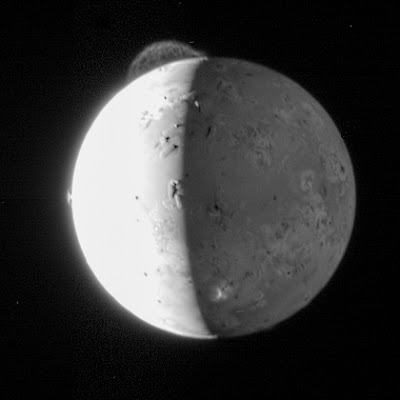 Cool.
Posted by Stewart Bushman at 4:21 PM No comments:

New Horizons made its closest approach to Jupiter yesterday, part of its gravity assist maneuver that will boost its speed by roughly 4 km/s.

They'll be posting pics from the hundreds of Jupiter observations here. To whet your appetite, check out this Long Range Reconaissance Imager (LORRI) image of the Little Red Spot: 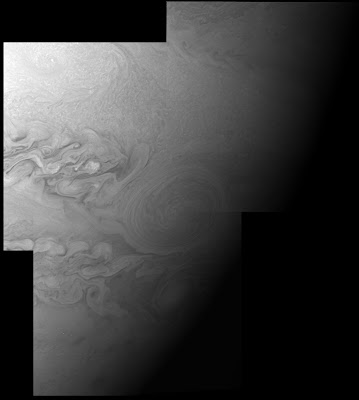