Want to wonder why no one watches CNN anymore? Look no further than today's coverage of Benazir Bhutto's assassination. We've got two options for streaming web video here at work: CNN and Fox News. So far, I've tuned in four times to see the latest news.

On Fox News, it's wall-to-wall Bhutto.

On CNN, it was the weather twice, then a story on Ben Affleck and Jennifer Garner, and, just a minute ago, a story on the travails of frequent business travelers.

Are you kidding me? This is the sort of shit that could instigate a nuclear crisis. This could be the equivalent of the assassination of Archduke Ferdinand.

CNN, grow up.
Posted by Stewart Bushman at 1:11 PM No comments:

principal: most important, consequential, or influential
principle: a comprehensive and fundamental law, doctrine, or assumption

I'm sure there are other frequently misused homophones that annoy me, but those two are the worst.
Posted by Stewart Bushman at 10:34 AM 2 comments:

Well, I never caught The Darjeeling Limited...it closed at the local Muvico the day before I could use my passes. Still no movies seen since Harry Potter V. I'm starting to wonder if I've fallen so far behind that I'm just going to give up and wait for everything to come out on cable or DVD. Even The Golden Compass has such bad buzz that it doesn't seem worth the trip.

Anyhow, here's my top 20-or-so to see. The ones in bold are still in the theatres or haven't been released yet.

Dropping off the list: The Savages (the reviews don't really enchant me, although the interview on NPR's Fresh Air was good).

Any wonder why I haven't bothered hitting the theatres? Nothing compelling to see, and most of what I want to see is now on DVD. I told Barb I'd get her a Netflix/BB Video subscription once our son is born.

I'd also like to buy the PotC trilogy on Blu Ray, but I'd rather buy it as a trilogy since it's likely to be a better deal than the individual movies (which I've resisted buying thus far). Unfortunately, there's no trilogy in the stores just yet (does that make sense with Christmas coming?)

Edited: Finally saw The Bourne Ultimatum in DVD thanks to a free rental from Redbox. Mediocre at best. I'd be pissed if I bought it. Added Indy 4, The Dark Knight, and Persepolis.
Posted by Stewart Bushman at 1:31 PM 2 comments:

Most. Addictive. Game. Ever.

How Well Do You Know Your World?

Josh Rovner, I hate you.
Posted by Stewart Bushman at 10:44 PM 2 comments:

Question of the day.

Just wondering, since it seems there's far more of the latter.

Oh, and Andy Reid should stay.
Posted by Stewart Bushman at 3:26 PM 1 comment:

Now this is a movie I'll see opening night!

Somehow I don't think they're going to screw this up. 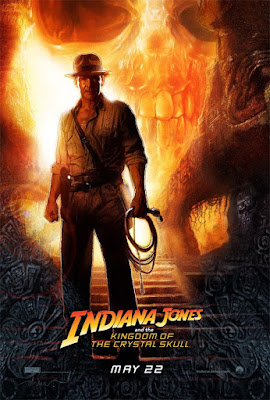 Now, my only question is will they update Lego Indiana Jones to include the 4th movie? 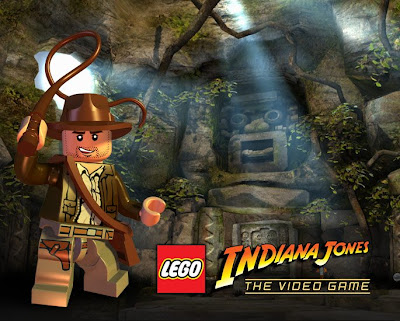 Somehow, I doubt it. I may have to wait for Lego Indy: The Complete Saga.
Posted by Stewart Bushman at 11:47 AM No comments:

I'd hoped with the rise of the internet that buying a car would prove to be a fairly democratized process. I had envisioned a stress-free process where I would tell a bunch of local dealers what car we wanted, and with what extras, and they would come back with a price. Then I'd see if anyone would beat that price. Then I'd buy the car. Pretty simple, right?

Well...mostly. It turns out that there's still plenty of chicanery, incompetence, and outright lying perpretated by the sleaziest of occupations: the car salesman.

I did my homework. Once we had test-driven and selected our vehicle, a 2008 Toyota Highlander 4x4 Sport (with leather, satellite radio, and a nav system), I went to CarsDirect.com to see what the MSRP and Invoice prices were. I went to CarBuyingTips.com to read up on what I should expect from the salesmen in terms of shenanigans and bogus add-ons.

I had in my mind a target price, but I was interested in seeing what the dealers out there would offer me. CarsDirect and Edmunds.com (among others) have nice, if clunky, referral systems in place that send my info and desired vehicle to various local dealers. I ended up sending out messages to more than a dozen local Toyota dealers.

Most of them responded instantly, some with "we didn't read your referral, but I hear you want a car", and some with "I see you want a Highlander, let's see about putting one together for you." I sent them all a form message stating what I wanted and giving a color preference (Salsa Red and Magnetic Grey were our favorites, but so long as it wasn't Black, White, or Champagne, we were fine with it).

The initial call for offers went fairly smoothly, although the range in prices were fairly staggering. We had a statistical median at the low end of the cost spectrum, but there were some offers that were as much as $5000 more than the median. When I wrote back the expensive outliers and told them how out of line with reality they were, most of them said something to the extent of "call me when you want to deal with a reputable dealer." I hope they're not waiting.

We also tried to go through CostCo's fleet dealer (Jim Coleman Toyota), but they told me one thing on the phone ($500 under invoice), and another thing once I was in the store ($500 over invoice).

So then we iterated. I told everyone (save the lowest price) what our lowest price was, and asked they like to match or beat it. Most did, or indicated that the car they were trying to sell me had features that made it worth a few extra bucks. I got the offers in, picked the best deal, and made the call to buy our new car.

I ended up selecting the dealer who had been the most responsive, and seemed to be offering an excellent, if not the best price. This offer came from Castle Toyota in Baltimore. The sales rep was very nice and was very responsive over email. She also made an offer to me for a car that didn't exist.

So I went to offer two: the lowest price we were quoted, from Beltway Toyota in Marlow Heights. The car, he said, had been sold. Que sera sera.

Offer three. Antwerpen Toyota in Clarksville, was very close to a couple of other prices. I called Antwerpen up to say that, since they were the closest dealership to my office, I was leaning towards them. To close the deal, they offered me free installation of the Sirius radio system (Toyota charges a ludicrous $200 for the service). That was enough to seal the deal, so I made a deposit on the car. My mistake was not getting that last $200 discount in writing.

When I showed up there 3 days later to pick up the car, they wouldn't honor the $200 discount. I never spoke to the sales manager who offered it to me again. I declined to do business with them. This really seemed stupid on their part, since I would be likely to do all of my service and maintenance with them, but their sales staff and maintenance people don't seem to be on the same page insofar as maximizing profits. I guess Jack Antwerpen will have to deal with that. The salesman was PISSED.

Fortunately, four was a charm. While we were in LA for Thanksgiving, Russel Toyota in Catonsville came through with an offer $7 less than Antwerpen's bogus discounted price. We got a great car at a great price.

Would I recommend Russel to someone else? Sure, but even so, do your homework. Drop me a line if you want to know the name of our salesman.
Posted by Stewart Bushman at 4:40 PM 1 comment:
Newer Posts Older Posts Home
Subscribe to: Posts (Atom)