Yeah, you read that right. How sweet is this?


Posted by Stewart Bushman at 11:52 AM No comments:

In the interest of making the sacrifice of those trees who died to fill my bookcases not in vain, I've decided to kick my reading up a notch this year by attempting the Triple-8 Challenge. Basically it's 8 lists of 8 books each, with 8 overlaps. Total annual consumption: 56 books. Books will be struck through when completed, and I'll possibly post a review or twenty. We shall see. I also reserve the right to replace books if they suck.

List 3: My People (Books by and about Jews)
1.
2.
3. Sabbath's Theater by Philip Roth
4. Gentleman of the Road by Michael Chabon
5. The Yiddish Policemen's Union by Michael Chabon
6. Outwitting History by Aaron Lansky (Overlap)
7. Hitler's Gift by Medawar and Pike
8. Overclocked: Stories of the Future Present by Cory Doctorow

List 5: In Order to Suck Less (Bridge, not Vampires)
1. Bridge for Dummies by Eddie Kantar
2. Why You Lose as Bridge by S.J. Simon
3. Right Through the Pack by Darvas & De V. Hart
4. 25 Bridge Conventions You Should Know by Seagram/Bird
5. 25 More Bridge Conventions You Should Know by Seagram/Bird
6. The Play of the Hand at Bridge by Louis Watson
7. Murder at the Bridge Table by Matthew Granovetter
8. The Backwash Squeeze and Other Improbable Feats by Edward McPherson (Overlap)

List 8: Free Advanced Proofs (I get these from the wife's annual conferences. More of a physical discriminator than a topical one, but I get to make some of the rules)
1. The Perils of Peace by Thomas Fleming (Overlap)
2.
3.
4. The Fortune Cookie Chronicles by Jennifer 8. Lee (Overlap)
5. The Billionaire's Vinegar by Benjamin Wallace (Overlap)
6. Outwitting History by Aaron Lansky (Overlap)
7. Blonde Faith by Walter Mosley (Overlap)
8. The Backwash Squeeze and Other Improbable Feats by Edward McPherson (Overlap)
Posted by Stewart Bushman at 8:22 PM No comments:

Colbert and the Parallel Universe Theory

With a little effort, 6 sheets of 20x30 foam core presentation board, some spray adhesive, an Xacto knife, clear tape, a really nice scroll-fed printer, and the efforts of a really bored Dane, I bring you TTR: Asia and TTR: London Tube. They're not perfect, but they're sweet. 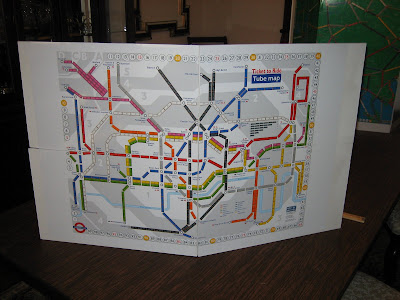 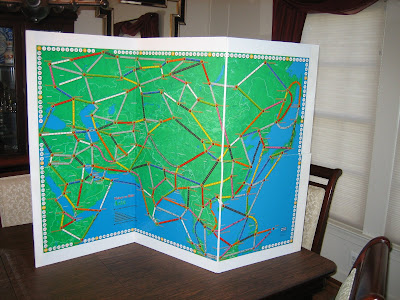 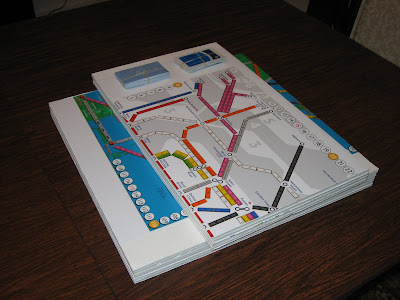